Maybe you’re confused about the video number. Let me explain:

At present, there are 3 producers: Chuan, BW (boxing wind), and of course TLBC.

Chuan is a new guy who just joined recently.The video numbers start with Chuan, just like “Chuan-FB01-Ming VS Ju”,they’re all produced by him.

BW,as you know,they have only one video at the moment.But they are about to produce more videos in the near future. 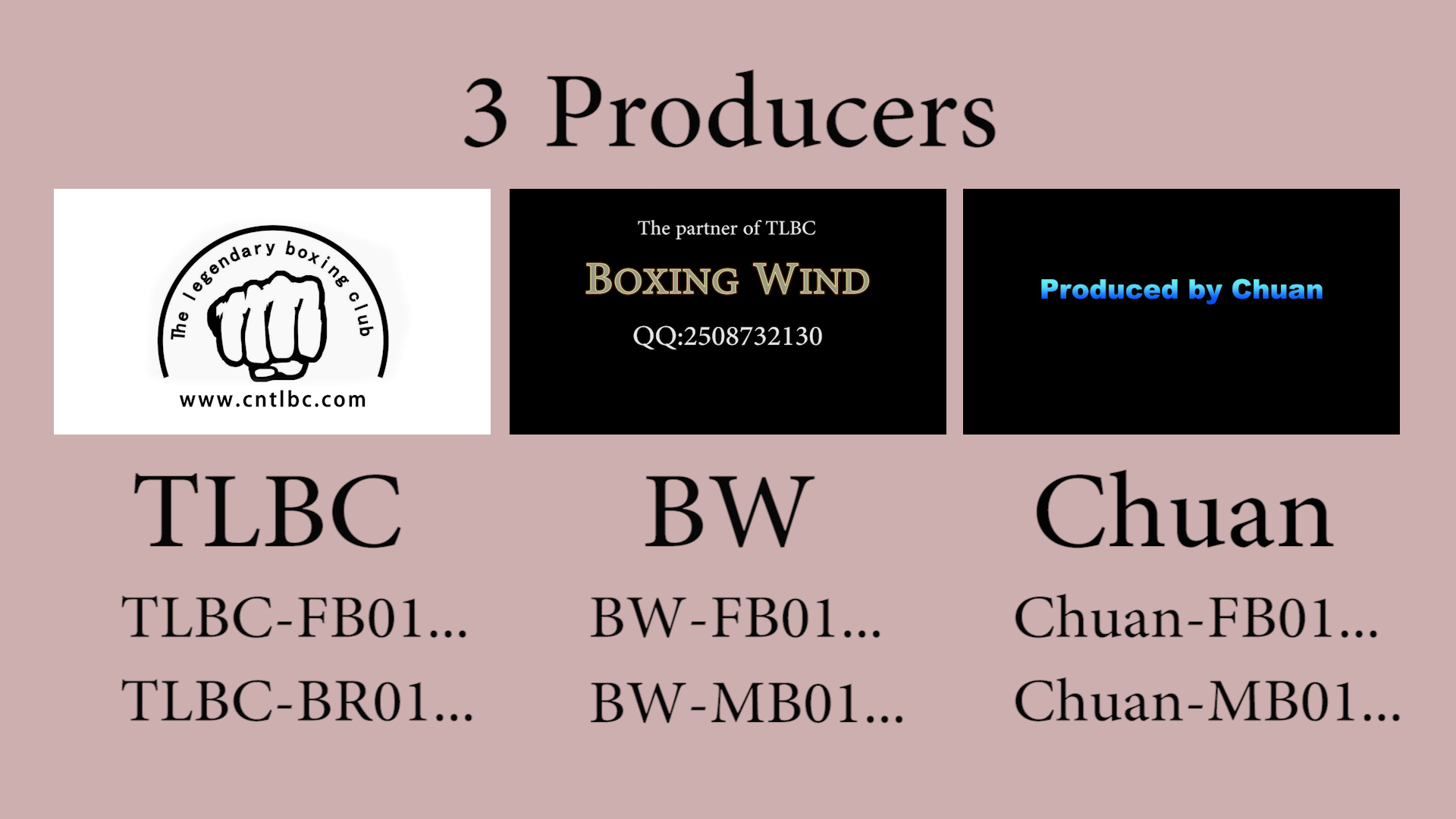 With the addition of new partners, more videos will be produced.

You are also welcome to send us suggestions by email or message.

Thank you for your support all the time!

1 thought on “3 Producers of TLBC”